The Fascinating Early History of Chimneys 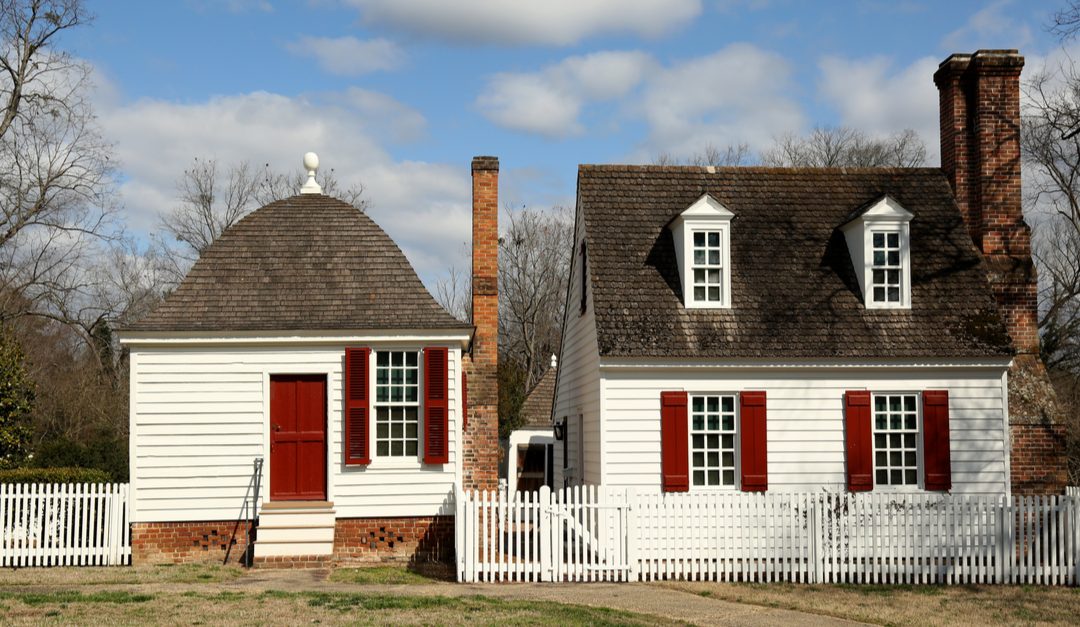 Chimneys are a staple of architecture and feel-good winter movies.  But where did the structure come from and why was it invented?

The Origins of the Chimney

The true origin of chimneys remains unclear to many historians, but it’s thought to be unlikely that chimneys were constructed in Europe before the twelfth century. Chimneys were widely used by the upper classes during Tudor England. Commoners who lacked the funds to construct chimneys would continue to burn fires on a clay or brick base in their homes or dwellings— plagued by intoxicating, smoke-filled rooms.

Even when they became widely available, chimneys were still seen as inefficient and oftentimes dangerous. The early seventeenth century found English courts demanding that “dangerous” chimneys be reconstructed of brick and mortar, while requiring that chimney tops be at least four and a half feet above the roofs of houses. By 1719, England ordered that all clay-built chimneys be rebuilt with brick.

Meanwhile, in America, chimneys were still being constructed out of wood and lined with clay. Fires caused by these chimneys were all too common at the time. As late as 1789, President Washington began considering the value of brick chimneys.

The invention of the brick chimney did not eliminate the spread of smoke throughout the house, however.  The deep fireplaces of most homes at the time permitted indoor cooking, also allowed a significant amount of smoke to disperse throughout the home. Chimneys’ failure to carry smoke out of homes remained a problem through the eighteenth century.

Then, in the 1740s, Benjamin Franklin invented what was known as the “Pennsylvanian Fire Place” in order to improve the efficiency of heating homes. He went on to publish Observations on the Causes and Cure of Smoky Chimneys in 1787.  His fireplace was designed to efficiently burn fuel while reducing the amount of smoke dispersed throughout the air.  The Franklin stove, another one of his inventions, was a small cast iron version of his Pennsylvania fireplace, which was swiftly adopted as a heater for small rooms right before the American Revolution.

At this time in Europe, however, the shift from wood-burning to coal-burning pushed the importance of addressing the smoke-filled room problem to the top of the list. A man named Benjamin Thompson, also known as Count Rumford, took it upon himself to address the problem of chimney smoke. Best known for his studies on the nature of heat, he was among the first scientists at the time to challenge the then-popular notion that heat was a fluid.  In 1795, he went to London, where he brought his knowledge of heat to help solve the chimney problem.  He then went on to invent a fireplace and chimney that reduced—if not eliminated— the smoke pollution that was then plaguing London.

The Rumford fireplace ultimately took the place of the deep fire area with a shallow one that efficiently reflected heat into the room. As opposed to a large brick structure extending beyond the exterior wall of the house, the Rumford chimney was able to be incorporated into the wall— ensuring that the majority of the smoke exited the chimney rather than dispersing into the room.

The Rumford stove eliminated both the smoke and heat that flooded kitchens at the time. The Rumford stove and chimney— along with the Franklin stove— heavily influenced the designs of houses from the early nineteenth century well into the Victorian era.  By 1854, even Henry David Thoreau declared that the “comforts of civilized society” were the equivalent of a Rumford fireplace, plaster walls, and Venetian blinds.  Fireplaces from then on became more distinctively shallow, with chimneys frequently rising through the roof, often along an inner wall.