Our story here at A Step in Time in Virginia Beach, VA is a fun one worth sharing.

It all started in the year 1991, at a time where there was a recession and many college graduates had difficulty finding a job. Ray had just graduated from Virginia Tech in civil engineering came face-to-face with the same difficulties in finding employment. From there, he decided to attend graduate school at Old Dominion University to obtain a master’s degree and hopefully attract the attention of potential employers.

Ray continued applying for positions at various engineering firms while pursuing his second degree. Finally, Ray landed an engineering job by offering to work for very low wages. This didn’t phase him because viewed the job experience as a continuation of graduate school. While in graduate school and working for a local engineering firm, Ray also had to balance his time with his new family— which included raising his little daughter, Kaitlynn.

Times were tough and money was very tight. Ray started to reminisce about his time in high school when he had a fun little lawn business during the summers. This inspired Ray to follow his old tracks and once again open a lawn business.

On weekends, Ray would cut lawns to bring in extra money. The business became an instant success! Ray quickly started earning more money on weekends than from working full-time at his engineering job.

One day, while cutting the lawn of his parent’s house, a family friend named Donny Gummer stopped by. Donny was in his 60s at that time and noticed the lawn business was going very well for Ray. He went on to mention that he was considering starting a chimney sweep company. Donny told Ray that he was inspired by his time in New York, where he found the chimney sweep business to be booming. It seemed like everyone needed a chimney sweep!

Donny then asked Ray if he would help him start this chimney sweep company, in addition to giving him advice on how to acquire new customers. Ray agreed to help Donny in the fall— when his lawn business was expected to calm down and when chimney sweeping demand was expected to pick up. When the fall season finally approached, Ray shut down his lawn operation and set off to begin cleaning chimneys.

But then Ray got some news…

Donny sadly disclosed to Ray that the chimney business wasn’t going to happen. Donny had a full-time position at his current job, and they offered health benefits and retirement. He was close to retirement and needed the health benefits—Donny couldn’t afford to risk it all to open a chimney sweep business.

Ray was admittedly a little disappointed because he’d just closed down his lawn business, which he could have extended for a couple more months—either laying mulch or fall fertilizing.

Donny taught Ray how to clean chimneys for about a week, and then Ray flew the nest on his own. Ray quickly learned everything there was to know concerning the chimney cleaning and repair business. Ray became CSIA-certified, and Nicole thought of the name, “Step in Time.” Wanting to be first in the telephone book, the name “A Step in Time” in Virginia Beach, VA was born.

Ten years later, with the help of Ray’s first employee, Matt Watkins, A Step in Time in Virginia Beach, VA has expanded to seven different states and—by footprint— is the largest chimney cleaning and repair business in the United States. 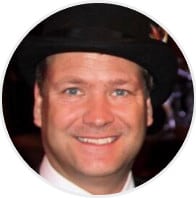 Ray Gessner, P.E. is the founder and C.E.O. of A Step in Time. He is a professionally licensed engineer with an MS in civil engineering. 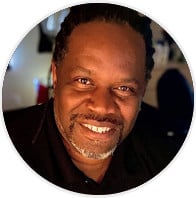 Rufus Jones is the Northern Virginia future franchisee. Rufus has been working at A Step in Time for over 10 years and is a wonderful person. 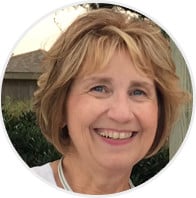 Frances Verhofstadt is the corporate office manager and has worked in customer service her entire life. She has a wonderful personality and is Ray’s mother-in-law. 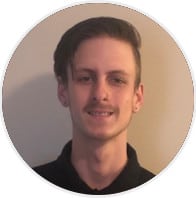 Jeff Hughes has known Ray for over 15 years. He is currently in charge of the corporate expansion of the Greater Richmond area. Jeff is an intelligent and talented chimney technician.