How Often You Should Sweep Your Chimney & the Reasons Why 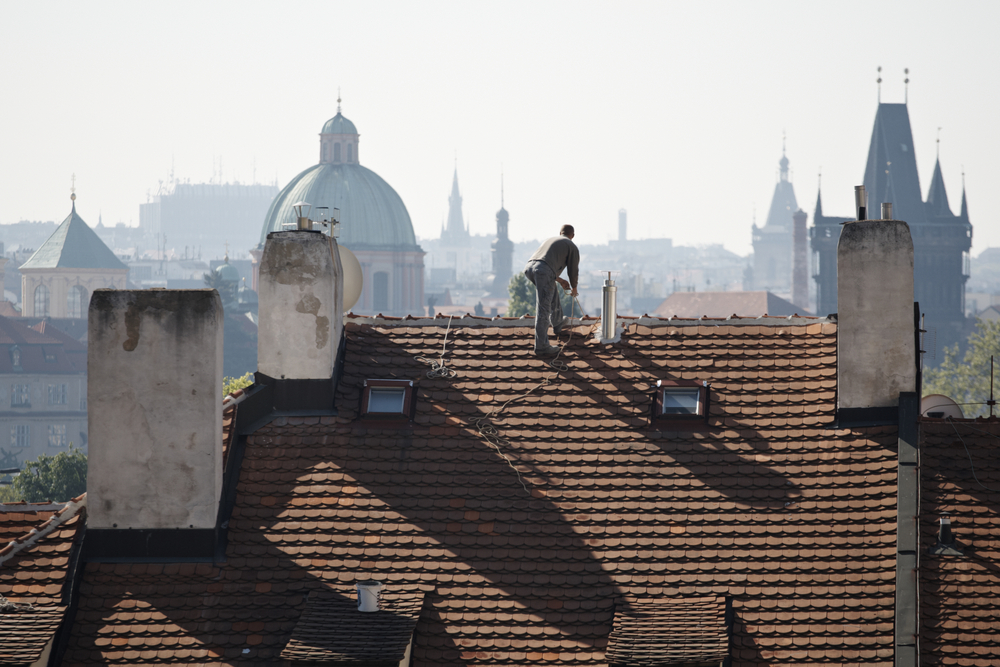 Regularly using your fireplace can rapidly cause your chimney to become dirty with soot, ash, and other minute particles from the fires, necessitating regular sweeping.

Unfortunately, determining whether or not your chimney requires sweeping is difficult. While your fireplace may appear to be clean, your chimney may not be. A clogged chimney can prevent dangerous gases from exiting your home and, in the worst-case scenario, trigger chimney fires.

So, how often should your chimney be swept to prevent dirt build-up?

Because each fireplace and chimney is unique, it’s critical to understand the indicators that your chimney needs cleaning, why a chimney requires sweeping, and the risks of not sweeping your chimney.

How Often Should You Sweep Your Chimney?

“Chimneys, fireplaces and vents shall be inspected at least once a year for soundness, freedom from deposits, and correct clearances. Cleaning, maintenance, and repairs shall be done if necessary.”

The National Association of Chimney Sweeps (NACS) advises UK homeowners that the type of chimney, type of fuel, length of time the fireplace has been used, type of device, and moisture level of wood will all influence how often your chimney has to be swept. They do, however, propose that these cleaning frequencies be followed as a guide:

When burning smokeless fuels, the solid fuel safety and standards group HETAS recommends having your chimney swept at least once a year, but at least twice a year when burning wood or coal.

When Does Your Chimney Need to Be Swept?

First and foremost, you should follow the guidelines given above, which have been established by recognized institutions in your area. You’ll be able to rest easy knowing that you’ve followed the best chimney maintenance tips.

Because your chimney is more likely to be used in the winter than at other times of the year, set a reminder on your phone to have it swept, or at the very least inspected, every year before winter.

If you haven’t used your fireplace in a long time, get it swept before you start using it again.

Finally, if you’ve recently moved into your home, look for any paperwork that show when the chimney was last cleaned. If you’re not sure when your chimney was last swept, it’s a good idea to have it inspected and cleaned before you start using it.

7 Signs Your Chimney Is In Need Of Cleaning

1) After a fire, you can smell smoke in your home.

2) Your fireplace surround is turning black;

3) Your fires aren’t burning as hotly as they used to, and burning wood produces more smoke than usual.

4) A strong odor emanates from the fireplace.

5) There’s a lot of soot in the fireplace.

6) There are animals nesting in the chimney.

What Happens If Your Chimney Isn’t Cleaned?

Your chimney might become clogged with soot and other small particles as a result of using your fireplace. This can lead the chimney to shrink over time, making it less efficient in removing smoke and gases from the fireplace.

As a result of the combustion process, fireplaces, particularly wood and gas fireplaces, can emit hazardous chemicals such as carbon dioxide and carbon monoxide.

As a result, it’s critical that these gases are vented out of your property, as a clogged chimney can prevent the gases from leaving and allowing them to enter.

Creosote, a highly combustible substance, can accumulate in your chimney as a result of burning wood. Creosote can increase the likelihood of chimney fires, which can cause structural damage to your chimney.

Other obstructions in the chimney, such as bird nests, might increase the chance of a fire starting in your chimney.

A partially blocked chimney can also cause your fireplace to blacken, as soot from the fire rises into your home rather than up the chimney.