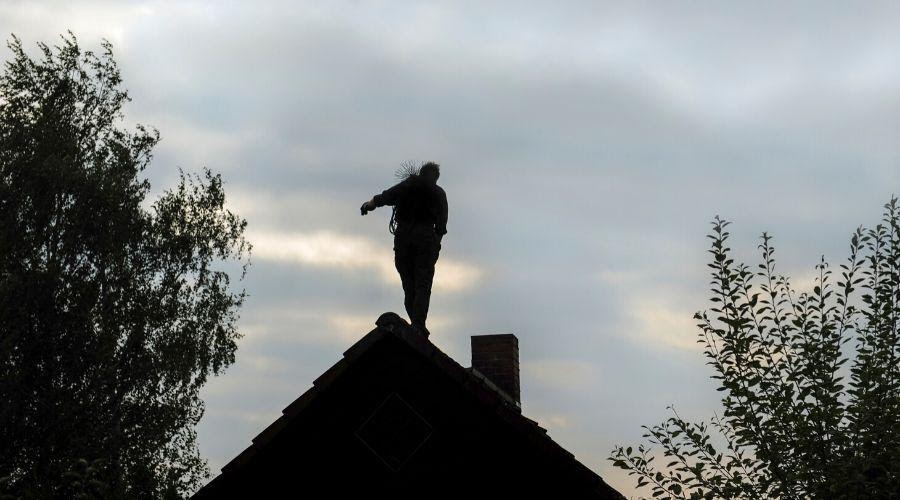 While you might think the history of chimney sweeps is similar to Dick Van Dyke in Mary Poppins joyfully singing and dancing as he cleans, not a chapter of chimney sweep history actually looked at all like this. Unlike today, chimney sweeps have not always been highly regarded and even though it’s always been seen as a critical profession, it was not one that was enviable or even safe. Chimney sweeping today looks very different from it has in history but it remains just as important a profession as it was from the very beginning.

The History of Chimney Sweeps Dates Back to the 13th Century

The earliest signs of chimneys date back to the 13th century in ancient Rome but it was not until the 16th century that chimneys and fireplaces became a staple of homes, particularly among the wealthy. For a while, it was only the wealthy class that had chimneys in England and would have them installed in every single room and chimney sweeps had the job of keeping them clean. But soon, the working class began requesting to have fireplaces and chimneys in their homes as well. This gave chimney sweeps ample work and they would sometimes just move from one roof to the next cleaning the creosote and soot from chimneys, hence what you saw in Mary Poppins.

Changes to the Chimney Sweep Profession

In the 17th century, changes were made when England began charging a hearth tax based partially on the number of chimneys a home had. In order to avoid paying this hefty tax, builders started connecting flues of new fireplaces with the existing chimney. The result was a complex maze of narrow, pitch-black tunnels throughout the homes. Plus chimney sweeps became even more important as people started to burn coal instead of firewood. This would leave behind sticky soot deposits and if those were not regularly cleaned, toxic fumes would fill the houses.

Chimney sweeps were now absolutely essential not only to a good hearth but also to good health. As chimney sweeps became associated with restoring fresh air in the home, the profession began to grow and become much more highly regarded.

Unfortunately, as a result of the chimneys becoming more maze-like, young boys were used as chimney sweeps because they were able to fit into the limited spaces. The children were often orphan boys or boys sold by destitute parents to a chimney master. Boys between the ages of 5 and 11 were forced to work from dawn to dusk, climbing through the chimney mazes in exchange for food, shelter, and water. They scraped the coal deposits off the flue linings and suffered a lot, however, we won’t get too graphically into detail.

Finally, in 1864, the English Parliament passed the “Act of the Regulation of Chimney Sweepers” putting an end to child chimney sweeps in the country.

Joseph Glass worked in the 18th century to design equipment to clean chimneys including canes and brushes that are pretty similar to the modern tools used by chimney sweeps today.

Fireplaces faded into the background as a primary heating source in the 1960s as gas and electricity became widely used. But as fossil fuel prices soared in the 70s, fireplaces resurged into popularity and are often an integral part of living rooms today, although more often for decoration than for function.

The chimney sweeps of today are not covered in soot. We are instead extensively educated in the science of chimneys, fireplaces, and building codes. We are trained to maintain every kind of venting system from flues and chimneys to wood and pellet stoves.