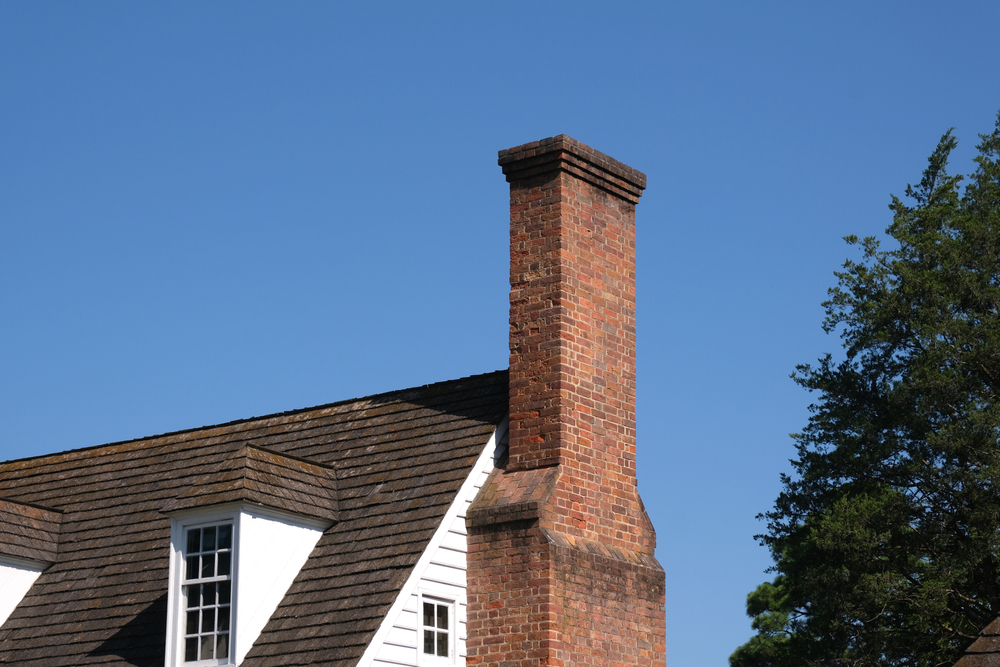 In today’s world, most houses have chimneys and fireplaces in order to keep the house warm and comfortable, especially during the winter months.

The major purpose of a chimney is to transmit or disperse smoke, heat, and flue gasses from stoves and fireplaces into the atmosphere. All of the undesired fumes and smoke are directed out into the open by chimneys, rather than spreading or releasing them within your home.

Chimneys serve a vital architectural and aesthetic function since they not only look great, but some are so well-built that they make a house look complete. If anything, this underlines the need of using highly durable and high-quality materials to construct a chimney while building a home or upgrading an existing area.

Chimneys come in a variety of shapes and sizes.

This is thought to be ‘the’ conventional type of chimney, with materials such as bricks, cement, mortar, blocks, or stone used to construct it. Masonry chimneys are frequently accompanied with masonry fireplaces, which are simple indentation walls in which logs of wood are burned.

All of the heat and smoke rises to the roof via a tunnel-like route before dissipating into the atmosphere. The ability of the bricks used in the construction of this type of chimney to absorb heat is a unique property of this type of chimney. This is especially useful in the winter because some of the absorbed heat spreads to adjoining rooms, keeping them warm.

Furthermore, the fireplaces of these chimneys have fantastic aesthetic value and sense, and can dramatically improve the appearance of your room. If your home’s masonry fireplace is one of those elegantly and stylishly designed types, it’s likely to have a high market value.

Masonry chimneys are extremely robust and can last as long as your home if properly maintained, cleaned on a regular basis, and equipped with the appropriate accessories. Masonry chimneys, on the other hand, necessitate a super concrete and sturdy foundation during construction because they normally weigh 6 to 7 tons.

These are comparable to brick chimneys, with the exception that they take up a lot of room and the larger chimney versions may cost more than the latter. Furthermore, they do not have the same visual value as stone chimneys.

Metal chimneys can be double-walled or triple-walled, and they’re frequently encased in various sorts of casings. To increase its visual value and appeal, they are generally surrounded by a masonry chimney case, a sided frame, or even a whole wooden construction.

Metal chimneys are frequently made of bare stainless steel, which appeals to a wide range of homeowners who appreciate the high-tech appearance of these chimneys. The fact that modern chimneys are not as ‘flexible’ as masonry chimneys is one disadvantage. Angles of 15 and 30 degrees are the most common. The varieties of metal vents employed in these chimneys are mainly distinguished by the type of fuel they discharge.

These chimneys are more modern, contemporary sorts of chimneys that can be found in most modern homes. Factory-built or prefabricated chimneys are fresh and trendy, and they also come with fireplaces that are fairly innovatively created.

There are two main explanations behind the name of this style of chimney. The fireplace of these chimneys is a sheet metal firebox, and they are made or assembled in factories before being supplied to the buildings or homes where they must be placed. You can also select from a choice of materials for the construction of the chimney and fireplace.

However, one thing to keep in mind before installing this type of chimney is that its fireplace isn’t compatible with all types of chimneys. To put it another way, prefabricated fireplaces work best with specific chimneys, so make sure you pick the proper one. Either purchase the chimney and fireplace as a set or read the user manual attentively to understand the requirements.

Factory-built chimneys are a good choice for you if you want a modern-looking design that complements your property while also not burning a hole in your wallet. This chimney is a popular choice among homes since it is simple to install and gives homeowners more freedom in terms of picking their own creative design.

Prefabricated chimneys, on the other hand, have one main disadvantage. They aren’t extremely long-lasting, and chances are they won’t even last you a lifetime. Even with frequent cleaning and care, the chimney parts will eventually deteriorate, and you may need to repair or replace them.